On the first day of 7th grade I expected it to be an easy year. I had all of my supplies and was ready for the worst.

After the first few weeks I knew it was going to be tough. Not because of the work, but because of the people. They would not stop talking. No matter how hard the teacher tried, there was no stopping the talking. It was very hard to learn with all the kids screaming across the room about random stuff. Now that we have iPads it is even worse. Kids are not even trying to hide the fact that they are playing games in class.

I tried sitting with other groups of people at lunch, but they just make fun of other kids. I decided to move to another table that liked exactly  what I liked. Now we say the exact same things at the same, because we have spent so much time together. The people I used to sit with make fun of my new group, but the one thing I really like about my group is that the don’t care what anyone else thinks about them.

Even though people never stop talking, never stop making fun of my friends, and never stop playing on their iPads 7th grade was awesome. I learned so much about science.

Woof, woof! I can hear my dog barking outside in the dark. My mom tells me to bring my dog inside. I go outside and call her name. She does nothing. I follow the noise of her barking because it is completely dark outside. As I get closer to her I hear a strange sound. Like a sprinkler is broken. Then I understand what it was. The hissing of a snake. I immediately pull out my phone for a flashlight. I finally get my dog away from the snake. The only thing there is out there is out there is a hoe.

I grab the hoe and my phone and go to battle. It is hard to aim the flashlight at a snake while whacking at it with a hoe. I have had many experiences with snakes on the road, but that was when I was in a car with my dad. Now it is just me. I hit the snake once and then again. I shine my flashlight on the snake. It is in two separate parts! I thought I had one, but then it keeps coming at me. I hit it again… Three pieces now. It’s still coming after me. Finally one last hit to the head. The snake is no longer trying to attack me. There are two things I learned. Always go out looking for my dog with a real flashlight. The other thing. Snakes are really strong.

Hungry Mungry sat at supper, took his knife and spoon and fork, Ate a bowl of mushroom soup, ate a slice of roasted pork,
Ate a dozen stewed tomatoes, twenty-seven deviled eggs, Fifteen shrimps, nine baked potatoes, thirty-two fried chicken legs,
A shank of lamb; a boiled ham, two bowls of grits, some black-eye
peas,
Four chocolate shakes, eight angel cakes, nine custard pies with Muenster cheese,
Ten pots of tea, and after he Had eaten all that he was able,
He poured some broth on the tablecloth and ate the kitchen table.
His parents said, “Oh Hungry Mungry, stop these silly jokes.”
Mungry opened up his mouth, and “Gulp,” he ate his folks.
And then he went and ate his house, all the bricks and wood,
And then he ate up all the people in the neighborhood.
Up came twenty angry policemen shouting, “Stop and cease.”
Mungry opened up his mouth and “Gulp,” he ate the police.
Soldiers came with tanks and guns. Said Mungry, “They cant harm me.”
He just smiled and licked his lips and ate the U.S. Army.
Put his head back, gulped the planes, and gobbled up the
bomb.
He ate his town and ate the city – ate and ate and ate —
And then he said, “I think I’ll eat the whole United States.”
And so he ate Chicago first and munched the Water Tower,
And then he chewed on Pittsburgh but he found it rather sour.
He ate New York and Tennessee, and all of Boston town,
Then drank the Mississippi River just to wash it down.
And when he’d eaten every state, each puppy, boy and girl
He wiped his mouth upon his sleeve and went to eat the world.
He ate the Egypt pyramids and every church in Rome.
And all the grass in Africa and all the ice in Nome.
He ate each hill in green Brazil and then to make things worse
He decided for dessert he’d eat the universe.
He started with the moon and stars and soon as he was done
He gulped the clouds, he sipped the wind and gobbled up the sun.
Then sitting there in the cold dark air, He started to nibble his feet,
Then his legs, then his hips, then his neck, then his lips, till he sat there just gnashin’ his teeth
‘Cause nothin’ was nothin’ was Nothin’ was nothin’ was Nothin’ was left to eat.

From: “Where the Sidewalk Ends”
By Shel Silverstein

Hungry Mungry was my favorite poem in the book Where the Sidewalk Ends. Every time I opened the book I would read Hungry Mungry. It reminds me of learning to read. This was one of the first books I loved to read.

Bear Bear. I couldn’t go anywhere without him. He was part of me. His little green shirt. Anywhere I went he would never leave my sight. Except for one time. Somehow I left him at my friends house. My heart was broken. My first best friend gone for almost 2 days. It was horrible. Never in my life did I think I was going to leave him anywhere.

Bear Bear was the symbol of my childhood. Every time I find him in my closet I remember all the times we had spent together. To my grandmother’s house, to my brothers baseball games, and even the mall. Now Bear Bear holds all of my childhood memories. 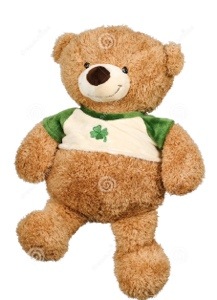 This is a great quote because now matter how many times you fail that means you can always improve your work. This quote is important to me because I fail a lot and I always feel like giving up, but I know that I can make it better and succeed.

I love the restaurant Hop Doddy. The milkshakes are amazing! The hamburgers are incredible, and the line for it is extreme!

Every time I go to Hop Doddy I see a huge line coming out the door. What always cheers me up is the thought of milkshakes and hamburgers. It seems to be more and more crowded every time I go. When we finally get inside, there is instantly a smell of burgers. When the time comes to order I can see all the hamburgers being made behind the counter. I can barley hold myself together whenever I watch my milkshake arrive at my table.

Hop Doddy is my favorite place because of the amazing food. Other places try to compete with it, but to me it is the best. The burgers are unbeatable. The milkshakes are impossible to understand how amazing they are. Oh, and Don’t forget the fries!

Every muscle in my body ached. I felt like I had just run a marathon. It was June of 2013 and I had just finished my first Grind Match, an hour long wrestling match. By the time I finished I new I was hooked on wrestling. After all those take downs and escapes I new I loved this sport.

At the beginning of this year I was anxious about entering tournaments and wrestling for real, but after I received two 1st place trophies, I knew I would do more tournaments next year. I enjoyed being matched with somebody of equal skill and weight. Three minutes of pure strength and endurance.

If I want to stay in this sport I need to work hard and stay competitive. My goal for next year is to enter three tournaments. . . gotta go, I’ve got weights to lift!

One thing about airsoft is that you can feel like you are on a secret mission, but not actually get shot.
You can feel like a spy when walking through the woods. Once I was playing air soft and I covered myself in leaves like a ghillie suit. It makes you feel like your on a mission.

Another reason air soft is awesome is that you can unleash your anger at your friend without hurting your friend. I once followed my friend without him noticing. I then ducked behind a tree and held down the trigger. He took revenge on me but it was totally worth it.

Personally I like air soft more than paintball. I think paintball hurts more and leaves worse marks on your body. Air soft is awesome!

One amazing thing about them is that they are always happy. They can walk into the room when you are doing work and they wouldn’t even care. Dogs just walk up and lick your fingers until you pet them. You can leave them in the cold all day when you leave and when you come back they will jump on you like nothing ever happened.

Another reason why dogs are awesome is that they can do really cool tricks- if you train them- like ” get your leash!”. For example when it is time for him to go to bed I can yell “bed!” And he will go to his bed.

One other reason is that they are company for you 24/7. If your ever home alone they will always be there for you. Once when I was home alone my dog and I started dancing. Then we played soccer. Then football. Then Hide and Seek. The games will never end! Once, we played “who can get to the other side of the backyard first” but, that didn’t end so well for me.

Even though dogs can be hard to train they are totally worth it.

I hear the slight footsteps of my brother creeping up to the room I’m in. I hear him opening and closing the cabinets as he searches for me. The total darkness makes it hard for me to know which cabinet my bother is at. THUMP THUMP, that was the sound of the cabinet right next to me closing. I look straight at the door of my cabinet, almost as if I could see him through the door. As soon as I hear him squat down to open the door, I hear a sound coming from a different room somewhere in the house. My brother stops and stares at where the noise came from then leaves the room.

The noises get louder and are followed by a squeal of laughter. My cousin Rachel had been found, I had won. If Rachel had kept from accidentally hitting the wood of here cabinet with here arm for one more second, she would have been the victor. The games kept going for hours, I began to find new hiding spots and become the undefeated champion of indoor hide ‘n seek.